Nano Smiley Made From DNA

A nanotechnologist has created the world’s smallest and most plentiful smiley, a tiny face measuring a few billionths of a metre across assembled from strands of DNA.

Dr Paul Rothemund at the California Institute of Technology can make 50 billion smileys, each a thousand times smaller than the diameter of a human hair, with his technique.

DNA has long been known for its versatility as a microscopic building block.

The molecule can be ‘cut’ using enzymes and reassembled using matching rungs in its double-helix structure.

This theoretically opens the way to making DNA quantum computers and nano-level devices including injectable robots that can monitor the body’s tissues for good health.

But, until now, nano-assembly has been a complex atom-by-atom procedure that is also costly, because it is carried out in a vacuum or at extremely coldly temperatures.

Rothemund, writing in today’s issue of the journal Nature, describes a far simpler and much cheaper process in which long, single strands of DNA can be folded back and forth to form a basic scaffold.

Rothemund has been working on flat, two-dimensional shapes but says that 3D structures in DNA should be quite feasible with this technique.

One application would be a nano-scale ‘cage’ in which pharmaceutical researchers, working on novel drugs, could sequester enzymes until they were ready for use in turning other proteins on and off. 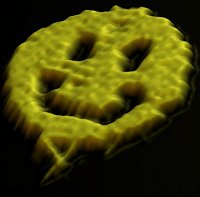 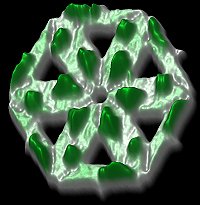 Every year, it gets a lot easier to build structures and devices at the nanoscale.

CRNano and other experts are predicting full blown nanofactories at around 2015.

Before you know it, you’re living in a world where nanobots routinely repair damage in our bodies and keep us healthy indefinately, as envisioned by Eric Drexler in his book Engines Of Creation.