A team led by physicists at the University of California, San Diego has shown the feasibility of a fast, inexpensive technique to sequence DNA as it passes through tiny pores. The advance brings personalized, genome-based medicine closer to reality.

The paper, published in the April issue of the journal Nano Letters , describes a method to sequence a human genome in a matter of hours at a potentially low cost, by measuring the electrical perturbations generated by a single strand of DNA as it passes through a pore more than a thousand times smaller than the diameter of a human hair. Because sequencing a person’s genome would take several months and millions of dollars with current DNA sequencing technology, the researchers say that the new method has the potential to usher in a revolution in medicine.

The researchers caution that there are still hurdles to overcome because no one has yet made a nanopore with the required configuration of electrodes, but they think it is only a matter of time before someone successfully assembles the device. The nanopore and the electrodes have been made separately, and although it is technically challenging to bring them together, the field is advancing so rapidly that they think it should be possible in the near future.

In addition to the speed and low cost of the nanopore method, the researchers calculate that it will ultimately be significantly less error-prone than current methods. 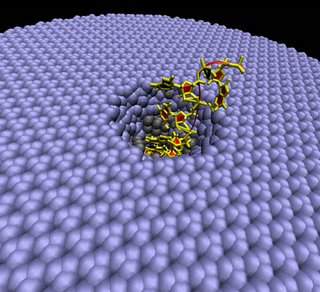 Personalized medication will be far more effective than our current ‘one-size-fits-all’ type of drugs. In reality, one size doesn’t fit all.