With robots now poised to emerge from their industrial cages and to move into homes and workplaces, roboticists are concerned about the safety implications beyond the factory floor. To address these concerns, leading robot experts have come together to try to find ways to prevent robots from harming people. Inspired by the Pugwash Conferences—an international group of scientists, academics and activists founded in 1957 to campaign for the non-proliferation of nuclear weapons—the new group of robo-ethicists met earlier this year in Genoa, Italy, and announced their initial findings in March at the European Robotics Symposium in Palermo, Sicily.

“Security, safety and sex are the big concerns,” says Henrik Christensen, chairman of the European Robotics Network at the Swedish Royal Institute of Technology in Stockholm, and one of the organisers of the new robo-ethics group. Should robots that are strong enough or heavy enough to crush people be allowed into homes? Is “system malfunction” a justifiable defence for a robotic fighter plane that contravenes the Geneva Convention and mistakenly fires on innocent civilians? And should robotic sex dolls resembling children be legally allowed?

These questions may seem esoteric but in the next few years they will become increasingly relevant, says Dr Christensen. According to the United Nations Economic Commission for Europe’s World Robotics Survey, in 2002 the number of domestic and service robots more than tripled, nearly outstripping their industrial counterparts. By the end of 2003 there were more than 600,000 robot vacuum cleaners and lawn mowers—a figure predicted to rise to more than 4m by the end of next year. Japanese industrial firms are racing to build humanoid robots to act as domestic helpers for the elderly, and South Korea has set a goal that 100% of households should have domestic robots by 2020. In light of all this, it is crucial that we start to think about safety and ethical guidelines now, says Dr Christensen. 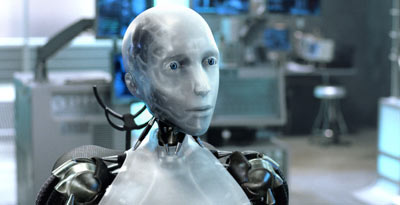