A team of autonomous flying and ground-based robots have successfully cooperated to search for and locate targets in the streets of an urban warfare training ground in the US. The system could help in search and rescue efforts and military operations – and even has the potential to include humans in the team.

Researchers at the University of Pennsylvania, US, tested their system of team-working bots at a realistic urban warfare training ground at the US Army’s Fort Benning base.

They hid bright orange boxes in the streets between buildings. An autonomous robot aircraft with a wingspan of 2.5 metres, and four autonomous ground vehicles in the form of modified model monster trucks, called Clodbusters, then set out to pinpoint the boxes’ locations.

Both types of bot carried GPS sensors and looked for the targets using colour video cameras. The Clodbusters used stereo cameras to judge distance, while the plane used a single camera. The robo-team members stay in touch via radio or Wi-Fi. 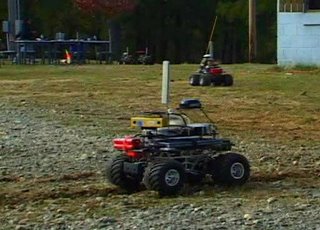 The City Climber rover, being developed by Jizhong Xiao and his team at the City College of New York, uses a vacuum chamber to get vertical. The robot is part of a project that aims to automate mandatory building inspections. 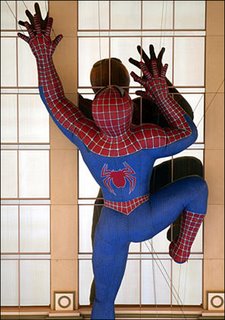 A football tournament played by teams of robots has kicked off in Germany.

The 10th annual RoboCup, being held in Bremen, will see more than 400 teams of robots dribbling, tackling and shooting in an effort to become world champions.

Machines compete in 11 leagues including those designed for humanoid and four-legged robots.

The organisers of the tournament hope that in 2050 the winners of the RoboCup will be able to beat the human World Cup champions.

“RoboCup 2006 is the first step towards a vision,” said Minoru Asada, president of the RoboCup Federation.

“This vision includes the development of a humanoid robot team of eleven players, which can win against a human soccer world champion team.” 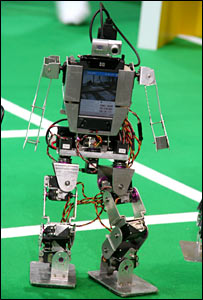