This new video showcases many new Crysis gameplay features and gives a very detailed look at the environments and outlines the story line as well. I think many companies are counting on Crysis as being “the” title to truly kick off DX10 and Windows Vista while being an exciting motivation for more enthusiasts to upgrade their hardware. To put it in technical terms, it looks like the upcoming Crysis is going to kick some serious ass.

Also check out these PS3 commercials. The visuals are stunning.

Have a look at these screenshots of confirmed, next-generation videogames. 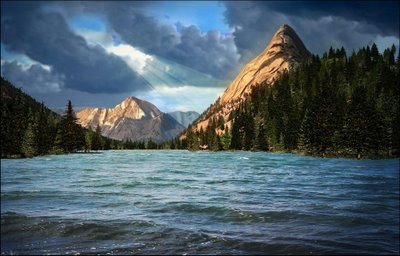 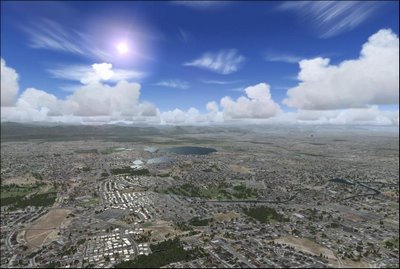 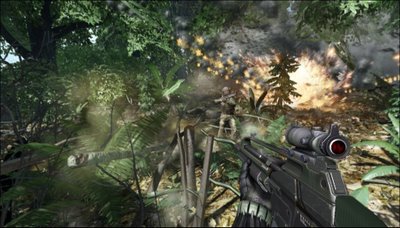 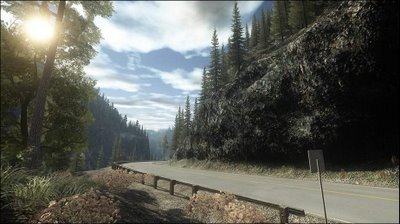 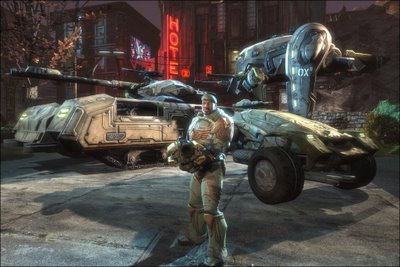 These will be the standard in the near future.

Are you looking forward to them?

Right after posting sketch interpretation comes this little jewel that is at least as impressive: 3D Models From 2D Images.

I would not have thought that this was possible. Just imagine… soon we will be able to build 3D environments simply by drawing them and having them automatically generated.

Game developers often hire concept artists and modellers. The artists draw some sketches of how the game is supposed to look. The modellers then manually build 3D models based on these sketches.

Looks like the modeller jobs are about to automated.

Too bad for those poor modellers, but it’s going to be one helluva lot cheaper to and easier to build cool games.

The term “sketch interpretation” may not get people on the edge of their seats all by itself… but wait until you’ve seen the demonstration of what it can do: Sketch Interpretation.

The idea is that you can draw anything and the software will understand what you have drawn. Not only will it understand, it will apply the proper physics to it. You’ve gotta see it to get it. The movie clip shows a guy drawing a car going down from a hill, and then the software actually makes it happen.

This is a great tool for people who want to build their own videogames or virtual environments. It’s tools like these that will ensure that we will have a very rich Internet-experience a few years in the future, when every site you visit will be a 3D environment.

A link to the official site: ASSIST.

£2m to find cure for baldness

The Government is spending £2million to find a cure for baldness.

He is supporting a new treatment called Biotechnology, reports The Sun.

During the treatment the hair cells are grown in a test tube then injected into a bald pate.

He said: “Biotechnology provides a real opportunity to harness the world-class expertise we possess in Britain.

“This initiative should establish British industry as the world leader in this area.”

The treatment is being developed by UK firm Intercytex, set up by biochemist Dr Paul Kemp.

He said: “Analysts estimate a good baldness treatment could be worth £1billion a year in Britain and many times that worldwide. The idea is to inject cells into the scalp, where many will develop into new hair follicles.

“Current hair transplant techniques take a long time so they cost a lot. This new procedure would be faster and cheaper.”

Expect something amazing from the next Toyota Prius — like fuel economy that pushes past the 100-mpg barrier.

Due in two years as a 2009 model, the next Prius is set to be an evolution, company sources say. The hybrid will retain the same basic 1.5-liter hybrid drivetrain. But Toyota is now on a mission to do two things: drive the economy ratings skyward, and cut the associated costs by 20-30 percent.

A movie clip of a fembot that looks really real.

I’m gonna save up and buy me one in 2020, when you can’t distuingish them anymore from biological women. 😉

Fantastic animation of the insides of a cell. This is just an animation. But there is no reason it could not be a simulation in the future. And sophisticated simulations of cells are powerful tools that will speed up medical research by orders of magnitudes. This will have a great impact on public health. We will live longer and more healthy because of it.

The first 11 teams for a race in which robot cars will jostle with real ones along mocked-up city streets have been announced. The teams must construct autonomous vehicles to navigate an unfamiliar urban environment in the shortest time possible.

$10 million to speed up the personal genome

The X Prize Foundation, sponsor of a widely noted 2004 award for developing a reusable rocket suitable for private space travel, says it is now teaming with a wealthy Canadian geologist to offer $10 million to any team that can completely decode the genes of 100 people in 10 days.

He forecast that, within five years, “truth predictor” software would “hold politicians to account”. Voters would be able to check the probability that apparently factual statements by politicians were actually correct, using programmes that automatically compared claims with historic data, he said.

Beaming people in “Star Trek” fashion is still in the realms of science fiction, but physicists in Denmark have teleported information from light to matter bringing quantum communication and computing closer to reality.

PC World came up with this list of 100 forecasts, of which I have listed an interesting selection for your reading pleasure.

Accurate Speech Recognition
Though the vendor of the Dragon NaturallySpeaking speech-recognition program claimed an accuracy of 99 percent, in our recent tests the application managed an accuracy of only about 96 percent–not bad, but not good enough. We don’t need perfection, but we are looking forward to a speech-recognition system that is fast and accurate enough to replace a keyboard for writing.

Memory That Doesn’t Forget
Your existing PC memory gets amnesia when the system power goes off, but NRAM (nanotube nonvolatile RAM) remembers everything, and is as fast as modern memory. With NRAM, your PC could turn on and off immediately, dispensing with all of its tedious booting up and shutting down.

Nanotube Heat Sinks
Modern PC components produce a lot of heat, but carbon nanotube heat sinks will conduct that heat away better than existing metal ones do. See “The Future of Nanotech” for more details on how nanotechnology will revolutionize computing.

Quad-Core Processors
Dual-core processors have given PCs a big speed boost, but the advances won’t stop there. Quad-core systems from Intel will arrive before the end of the year, and AMD’s quad-core chips will hit the market in mid-2007.

TVs Out of Thin Air
The Helio display can create a TV out of nowhere, projecting an image onto a curtain of compressed air. Right now it is prohibitively expensive (around $20,000), but the price will fall as the technology matures.

One-Box Surround Sound That Works
If products such as Yamaha’s promising $1700 YSP-1100 Digital Sound Projector continue to improve (and become affordable), complex surround-sound wiring could become a thing of the past. The YSP-1000 uses 40 beam drivers to focus surround precisely, creating a convincing surround effect out of just one box.

A Shift From 2D Photos to 3D Environments
The increased processing power of computers allows for new ways to handle images. The Photosynth project from Microsoft, for instance, takes a group of 2D photographs and transforms them into a 3D environment that provides a whole new way to browse pictures.

Console Wars 2012
Despite Sony’s and Microsoft’s protests that this year’s game consoles will last longer than previous ones, game consoles have five-year life spans. So, in the December 2012 issue of PC World, we’ll be reviewing the new PlayStation 4 and Xbox 720 game consoles, which will have photorealistic 3D games and high-def movies streamed over the Internet.

Smarter Games
The advent of multicore processors gives game programmers a lot more processing power to create smarter adversaries in games: For example, one core can be dealing with running the game, while the other is running an artificial intelligence (AI) routine that creates hordes of smart enemies. And your opponents won’t just sit and wait for you, either–they’ll hunt you down.

Robots, Part 1: Death to Allowances
Teenagers’ options for earning money at home will shrink greatly as single-duty robots take over household chores. A 2004 United Nations report on World Robotics predicts that prices for grass-cutting, pool-cleaning, and window-washing robots will become affordable by 2007, and some 4 million robots will be in use by the end of that year.

Robots, Part 2: Hope It’s Not the Terminator
While the world now has a robot that can run 4 miles per hour–Honda’s ASIMO–Stephen Keeney, the ASIMO project leader, hopes that by 2017 folks will see the first application of a truly humanoid robot.

It’s at least as impressive as the Intel Quad Core Alan Wake game demo that I posted not too long ago.